Completely in love with this hypnotic video for the Eternal Dreamer release. Check out more video here and some outstanding releases from the Hobo Cult imprint out of Montreal. The full recording and many more things you will want to order are available now on Calypso Hum.
Posted by Olga K. at 6:10 AM No comments: 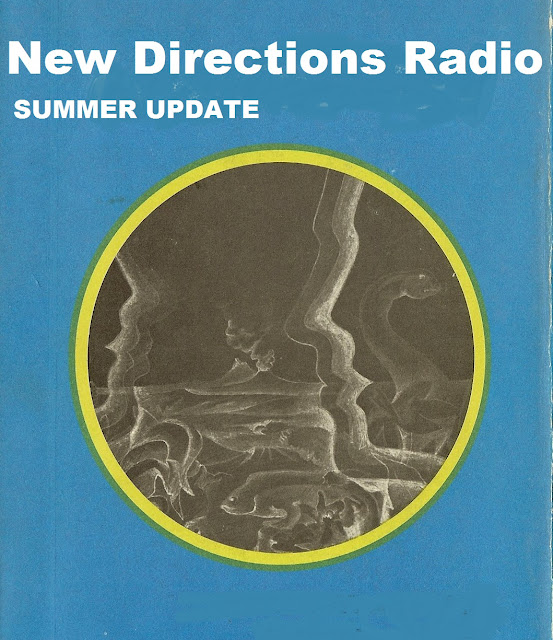 Summertime is here! Although I have not been able to update the show's blog as frequently as I hoped (thanks to a new job and many more cool things going on and on the horizontal perspective into the future),  hopefully a seasonal post will hit the spot for now.  Decided to throw up a few recently aired podcasts that I have uploaded to the Internet for those of you that are unable to download the show right off the CFMU website. Just click on on the links below to download the shows.
New Directions June 1
Includes: Stereolab, White Fences, Linda Perhacs, Backward Sam Firk, Alexamder Skip Spence, Dead Surf, Young Prisms, Charles Duvelle, Dylan Nyoukis, Amon Tobin, and Jerusalem and the Starbaskets.
New Directions May 27 (aka Ladies' Noise Night)
Includes: Vivian Girls, U.S. Girls, Diva, Donna Parker. Sachiko M, Heather Leigh Murray, and Inca Ore, Talk Normal.
New Directions May 04 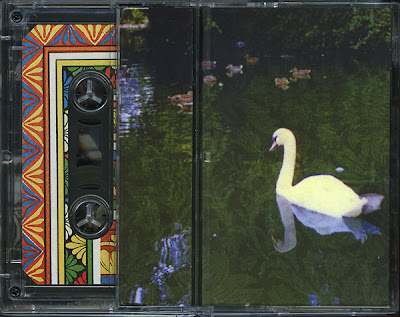 Carter Mullins of the Calypso Hum  was kind enough to release a cassette tape of a golden jam recorded by me and the surrealistically talented Sarah Good (who has hosted ND Radio with me in the past and is in many wonderful projects like Misner Space), under what I've dubbed Eternal Dreamer.  Please visit Calypso Hum to order this and other wonderful released from this vigorous and appealing imprint.
Posted by Olga K. at 5:44 PM No comments:

Blog of the Week - A Sound Awareness 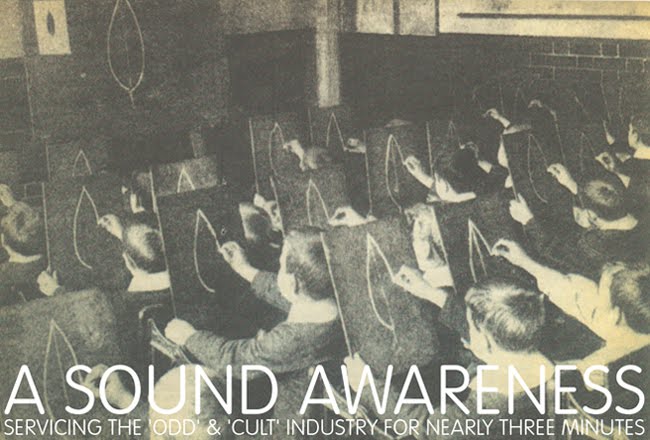 A Sound Awareness is another fantastic blog that pays tribute to musical oddities as well as linking and reviewing other strange content in from the film and art world. Just to give an idea of what you might come across on this blog, I stumbled upon an old post reviewing an album called Tortura - Sounds of Pleasure and Pain, a 1965 recording of the sado-masochistic screams, yelps, and cackles of people being whipped. Even if this isn't your sort of thing, you'll appreciate the strangeness, taste, and diversity of this blog's regularly updated content as much as I have.
Posted by Olga K. at 10:18 PM 1 comment: 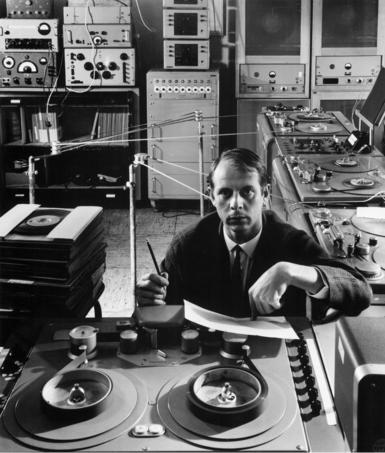 So, this week's show was relatively well planned out to feature a lecture by composer and sound artist Karlheinz Stockhausen at UCLA in 1966. Unfortunately, due to some unforeseen mishap with technology, I was unable to air the show I had put together and was forced to make due with some new releases from CFMU's music library. This is what happens when you are not great with technology but rely on it because it is easier than lugging a bunch of records and cds across town. Lesson learned. Part of the lecture will air on next week's show and I will post a link to the entire thing on the blog.

I will not be posting the podcast for this week since the show did not go as planned, but you can still download it from CFMU's website (and see if you can detect the irritation in my voice). This is one of the joys of live radio. Just go to the programming grid and select new directions then go to march 13/11 show date download. It will be up for a bout four weeks I think.

In the meantime, check out this film by Peter Moore of Stockhausen's live action composition - Stockhausen's Originale: Doubletakes, the Film (1964).  This is part 1 from YouTube but you can watch the complete video and read more about this piece here courtesy of UbuWeb

Blog of the Week Monday

In hopes of making my blog more interactive I've decided to try and do a blog/site of the week entry every Monday. People always ask me where I find out about or get a lot of music that I play on my show. Most of the content I play, aside from coming from my personal collection and local sounds, are things I've come across scouring the Internet.

I found the Ghost Capital blog linked from Ubuweb's twitter account, which in itself is a goldmine for any fan of rare/weird/artistically relevant sounds.  Ghost Capital  is devoted to  rare and obscure music which for those of you that listen to New Directions, is something that I also try to bring to the airwaves on my show. A great thing about this blog is that they also share rips to a lot of the music/albums they feature along with samples, so you are not left trying to figure out where to hear more.
Posted by Olga K. at 1:11 AM No comments:

I'm going to re-invest myself into keeping the blog updated because there is really so much show related content worth connecting to. 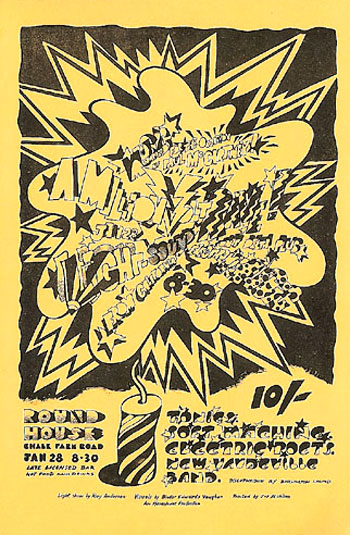 Tonight's main feature was a bootleg release of the unreleased experimental tape project recorded by the Beatles, entitled Carnival of Lights. Here is a link to a blog article with more information about the release and a link to download from the vuvuvuvuvu blog.
This release is worth checking out because of who it is, and not so much what it is. Ir provides an example of how a band like the Beatles were influenced by some of their more weird and experimental predecessors and peers during the late 60s when they work working on albums like Sgt. Pepper.
I found the link via Ubu.com posted on their twitter. If you have a twitter account I highly recommend following them. They are always posting and linking so much great content from Ubu and from the far reaches of the Interweb, preventing you from being totally consumed in the all encompassing void of boredom.
PLAYLIST FOR MARCH 30th:
The Beatles - Carnival of Lights (January 5, 1967)
The Electrosoniks - Sonik Re-entry (from 'Cocktail Music for Robots')
Mort Garson - The Unexplained (from 'Disco Sickness')  You can check out all the tracks on the compilation here.
Ose - Orgasmachine (from 'Adonia')
Steve Reich - Pendulum (from a compilation called 'OHM: Gurus of early electronic music')
Broadcast - Papercuts (from 'Extended Play')
Electroluminescent - Atala and Rene (from 'Oban')
Acid Mothers Temple and the Melting Praiso UFO - In (from '0 to Infitiny')
The podcast for the show can be download on CFMU's webiste here.
Just go to the programming page and click on New Directions on the grid then go to March 30th show date.
I'll also be posting it online for those who can't download it from CFMU.
Posted by Olga K. at 9:08 PM No comments:

we now return to your regularly scheduled programming

Happy 81st Birthday to Maestro Alejandro Jordorowsky, director of one of the most inspiring films ever, The Holy Mountain!